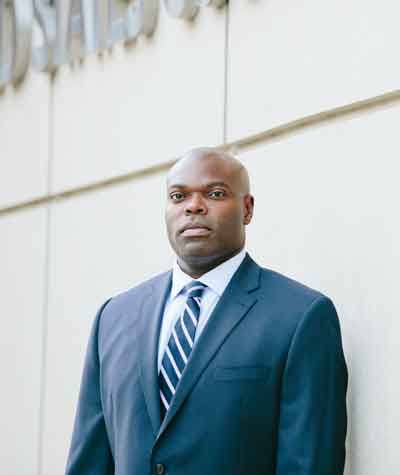 With federal cases, there are many different agencies that prosecutors work with in putting cases together to prosecute. The most common agencies are the FBI, or Federal Bureau of Investigations; the DEA, which is the Drug Enforcement Administration; and the ATF, or the Bureau of Alcohol, Tobacco, Firearms, and Explosives.

Generally, the ATF’s primary jurisdiction is the illegal distribution or possession of firearms, alcohol, and tobacco. However, a lot of these criminal enterprises or alleged criminal enterprises are connected with illegal drugs as well. So, the ATF won’t stop investigating because they find illegal narcotics.

In a lot of regions around the country, we have what are called task forces that consist of multiple agencies working together in order to prosecute narcotics offenses. For example, we have come across task force agencies that included the local police; ICE, which is Immigrations and Customs Enforcement; and U.S. Border Patrol Agents dealing with securing drugs when they are brought into the country. There have even been situations where there have been controlled deliveries involving the United States Postal Inspector. There are a variety of agencies that could be involved.

As far as tactics or investigative methods, wiretaps are a common law enforcement tactic. Also, law enforcement officers and agents typically will use an informant, or what is referred to on the street as a “snitch,” to find evidence.

USE OF CONFIDENTIAL INFORMANTS

Informants have a relationship with law enforcement as a result of some illegal conduct that they’ve done. Usually, they’ve got a record. Perhaps they’ve been pulled over with a certain quantity of narcotics, but are highly connected in the drug community and willing to assist the investigators. This person isn’t doing it out of the goodness of their heart; they’re trying to get the government to give a favorable recommendation to the judge in their case in exchange for their assistance. Informants have some bias and they’ve got reasons why they’re doing what they’re doing. Their integrity as a witness should be questioned by the Minnesota federal drug lawyer.

Still, these people will often participate with law enforcement and will sometimes wear recording devices, go to their connections, and make drug purchases, which are then recorded on video. Sometimes they will use marked funds and the government will come back and do a search warrant and seize money that was allegedly used in a purchase from the defendant’s home, car, locker, or wherever they allegedly deposited the proceeds.

USE OF SEARCH WARRANTS TO BUILD BIG CASES

Sometimes when an individual is involved in a long-term investigation before an arrest, it is not uncommon for a law enforcement officer to execute a search warrant on a particular location and seize a bunch of drugs and cash but the person arrested has their case dropped. The case is dropped because it’s part of a broader investigation and they don’t want to tip their hands, but they want to build the case.

So the defendants in those situations will go about their business and think that perhaps the case was just too weak or a technical reason resulted in cases getting thrown out, and they’ll go about their business. Then, a year or a year and a half later, they will get indicted in federal court as a part of a broad conspiracy with lots of defendants. In those cases, the government has generally been investigating the individual for years.

There are times when law enforcement officers will use a combination of tactics. For example, they’ll set up a buy and then, using wiretaps, follow particular suspects to get a sense of where they are going to do meetings to get together with their connection and re-up with their drug storage. Law enforcement may surveil those encounters and then get them on videotape and/or photograph them for evidence to use at trial. These are the kinds of tactics that law enforcement officers will use when conducting a federal drug case investigation in Minnesota.

If an individual is indicted, then often law enforcement investigation is done at that point. Typically the wiretaps are completed with relatively little new investigation. There might be some follow-up, but if multiple people are charged in a conspiracy, the government is actively seeking to recruit one or more people who have been charged to cooperate with them.

After an arrest, if items haven not yet been subpoenaed, if information that is seized has not been analyzed, those things take place at that point. If there are witnesses they need to talk to, that happens at that point. But the bulk of the investigation has already been done by the time an individual is charged.