Relief for Collateral Consequences in 2015 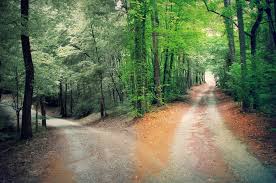 Collateral consequences of criminal charges, convictions and contact with police are a constant concern affecting the lives of millions who come into contact with the criminal justice system.

According to the National Association of Criminal Defense Lawyers, over 70 million Americans have some form of criminal record and there are over 50,000 known collateral consequences of conviction. In May of last year, the NACDL launched a major new report entitled Collateral Damage: America’s Failure to Forgive or Forget in the War on Crime – A Roadmap to Restore Rights and Status After Arrest and Conviction. According to the NACDL website, “The report is a comprehensive exploration of the stigma and policies relegating tens of millions of people in America to second-class status because of an arrest or conviction. In addition, the report lays out ten recommendations to ensure that the values of life, liberty and the pursuit of happiness are within reach of all, regardless of past mistakes.” The report should be required reading for attorneys representing criminal defendants.

In Minnesota, the legislature has taken steps to address some of the collateral consequences of conviction. As of January 1, 2015, the Second Chance Expungement Law will expand the ability to seal or expunge criminal records held by the courts and executive agencies. The new law will provide that second chance to Minnesotans currently facing limited opportunities in employment, housing and other areas of life.

The Second Chance Expungement Law modifies Minnesota Statute 609A, which currently allows for the sealing of certain drug charges, juveniles who were prosecuted as adults, and criminal proceedings not resulting in convictions or guilty pleas (i.e., dismissals and acquittals). The new law will allow courts to seal records of those who have successfully completed diversion programs, as well as those who were convicted of petty misdemeanors, misdemeanors, gross misdemeanors, and certain low-level non-violent felonies. This expansion of the statutory remedy grants courts the authority to seal records held by executive branch agencies such as the Bureau of Criminal Apprehension(BCA) which is the primary source of criminal information for employment, professional licensure, and housing background checks.

In order to be eligible for a “full expungement” of both court records and executive branch records, a person must meet the following criteria:

1) All pending actions or proceedings resolved in the petitioner’s favor (i.e., by acquittal or dismissal);

2) Completion of all terms of a diversion or stay of adjudication, and petitioner has not been charged with a new crime for at least one year since successful completion of program or stay;

3) Conviction of a petty misdemeanor or misdemeanor conviction (or stayed sentence), and petitioner has not been convicted of a new crime for at least two years since completion of sentence;

4) Conviction of a gross misdemeanor conviction (or stayed sentence) and petitioner has not been convicted of a new crime for at least four years since completion of sentence;

5) Conviction of specified low-level, non-violent felonies (or stayed sentence) and petitioner has not been convicted of a new crime for at least five years since completion of sentence. The fifty eligible felonies range from fairly common fifth degree controlled substance and sale of simulated controlled substance offenses, property offenses, theft offenses and more uncommon felonies. The exhaustive list of eligible felonies can be found at Minn. Stat. 609A.02(b)1-50.

The new law is a great step toward alieving the stress and negative consequences of conviction.

For more information as to how the Second Chance Law may apply to your case, you should contact a lawyer or agency with experience in this area.

Kassius Benson is a criminal defense lawyer licensed to practice in Minnesota, the District of Columbia ans several federal jurisdictions.  He has extensive experience in every type of criminal defense matter.  Mr. Benson and the staff at Kassius Benson Law, P.A. are ready and able to represent your interests.  He can be reached at (612) 333-2755.