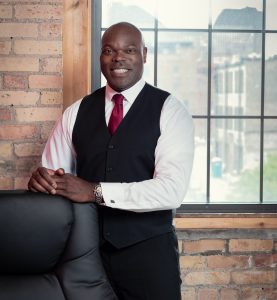 Murder, manslaughter or any homicide charge presents the most serious consequences and require a complete and aggressive defense from the start. The attorneys at Kassius Benson Law, P.A. are the best choice for representation in a homicide charge.

If you or a loved one is facing first-, second- or third-degree homicide charges, the Minneapolis-based Kassius Benson Law, P.A., can help. Our founding trial attorney, Kassius Benson, has obtained successful outcomes for past clients who faced similar circumstances.

Kassius Benson stands out from other criminal defense lawyers because he is Board Certified by the Minnesota State Bar Association as a Criminal Trial Specialist. Mr. Benson has tried over 150 jury trials to verdict including over 30 homicide trials.

Attorney Kassius Benson has been defending clients against these serious charges in Minnesota and Washington, D.C. for over 20 years. Mr. Benson has a distinguished track record and has tried more than 150 criminal cases over the course of his career including multiple first degree murder trials, second degree murder trials, third degree murder trials and manslaughter trials.  These cases have included charges of premeditated murder, intentional murder, felony murder, homicide charges resulting from deaths resulting from drug overdoses, and charges stemming from individuals having to defend himself or herself with a concealed carry firearm.  Kassius Benson has been recognized as a Super Lawyer in Minnesota and he is Board Certified as a Criminal Law Specialist in Minnesota.

With extensive experience defending against these charges, Kassius Benson understands the various factors that make a homicide case and will fight aggressively at all phases of your case, challenging evidence and pursuing all available avenues to defend you prior to charging, pretrial, and at trial. Contact us online or by phone at 612-333-2755.

Mistaken Identity- There are numerous cases on record where the person being charged was not even at the crime scene.

Self-Defense - In order to successfully claim self-defense in a murder case, you will have to prove you were in fear of your life before causing harm to the other party. The amount of force used in a case of self-defense has to be proportional to the threats made by the other party.

Accidental Death- The charge of murder generally involves an intent to kill or an intent to commit another crime. However, in some cases, a defense can be raised where the circumstances indicate that the death of another was simply an unavoidable accident.

Regardless of the defense to be raised in a murder case, or any mitigation sought, you will need a criminal defense lawyer with homicide experience to defend you. Kassius Benson Law, P.A. will use our legal team to investigate the case, review the information available, and strategically defend your case.

With over 30 years of combined experience, Kassius Benson and his legal team are skilled, experienced and able to defend what is likely the legal fight of you or your loved one’s life.